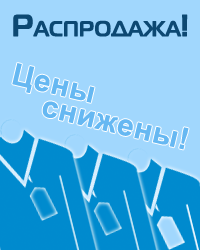 WASHINGTON, D.C. - In cooperation with the U.S. Consumer Product Safety Commission (CPSC), Johnson Outdoors Inc., of Racine, Wis., is voluntarily recalling about 1,700 SCUBAPRO/UWATEC™ dive computer consoles. The U-Line™ submersible pressure gauge that is part of the dive consoles can malfunction and display inaccurate pressure readings. Divers using the consoles could fail to decompress properly during a dive, causing decompression sickness.

CPSC and Johnson Outdoors Inc. have received four reports of the pressure gauge malfunctioning. No injuries have been reported.

Only U-Line™ submersible pressure gauges contained in UWATEC™ brand Smart PRO™, Pro ULTRA™, and Sport PLUS™ dive computer consoles are included in the recall. The consoles are mostly gray in color and the brand name "UWATEC™" is written on the front of each console. The pressure gauges are made in the U.S. and the computers are made in Switzerland. All of the recalled consoles have a test code that appears on the back of the gauge as follows:

Aquatic sports, sporting goods and dive shops nationwide sold these gauges from January 2002 through May 2002 for between $500 and $700.

Consumers should stop using the recalled consoles immediately and contact SCUBAPRO/UWATEC at (800) 382-2211 between 8 a.m. and 4:30 p.m. PT Monday through Friday, or visit the firm's web site at www.scubapro.com . Consumers should send the console to SCUBAPRO/UWATEC, Attention: Tech Services/U-Line PG 1166 Fesler Street, El Cajon, CA 92020, to receive a replacement pressure gauge.

No other SCUBAPRO/UWATEC products are included in the recall!!!